Before proceeding with the review, let's remember that we also made a preview video with a first analysis of the device and its features that you can achieve following this link.

Thank you again Xiaomishop.it for having sent us the Xiaomi Mi Pad, but also for having reserved for our readers a discount on all the products present in the store, usable through the code GIZXIAOMI.

One of the main features of this tablet is the 7.9 inch display with IPS technology, 2048 x 1536 resolution and Gorilla Glass protection. The size of this panel is a good compromise between tablets of about 10 inches and tablets by 7 inches, ensuring a proper balance between portability and content usage. IPS technology allows the panel to offer excellent viewing angles and a chromatic range that tends to the natural, with well-replicated colors. 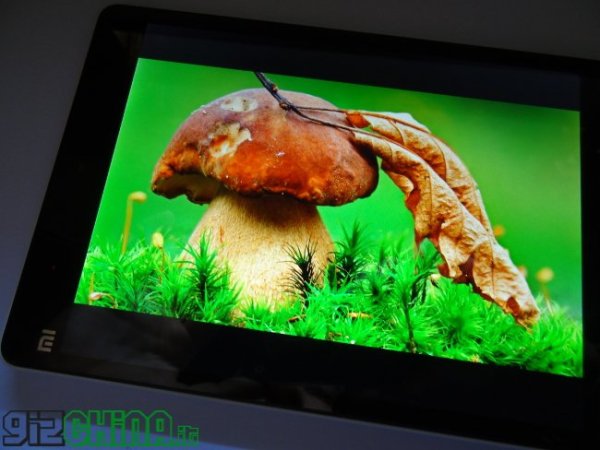 In general it is a display of excellent quality, with a good color balance and good sharpness. The brightness is adequate and, thanks also to the precise sensor, you get a decent visibility even outdoors.

The aspect ratio of this display is 4: 3. This means that the use of games, applications or web browsing will be particularly appreciated, but in playing multimedia you will have to accept the black bands above and below the video, as shown in the video review, since the multimedia content in high definition respect 16 aspect ratio: 9. 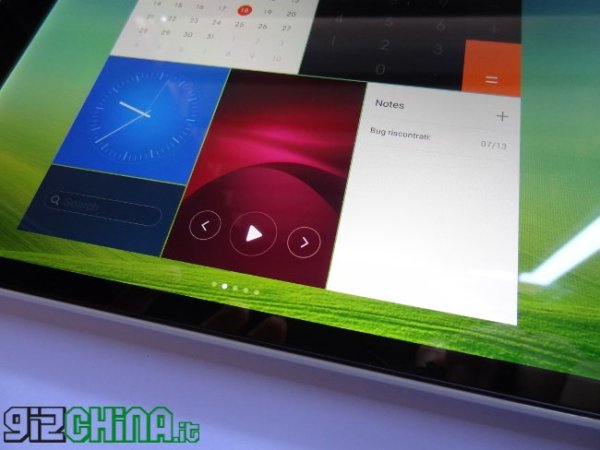 Xiaomi used a high resolution panel despite the tablet's selling price, which offers good reproduction in all contexts. The colors are not particularly saturated, but the user experience is generally very enjoyable.

From the point of view of performance, the Xiaomi Mi Pad is an absolutely exceptional tablet. It is the world's first tablet to use the Nvidia Tegra K1 SoC, presented by Nvidia as a real revolution for mobile technology. The processor offers four Cortex A15 cores running at the 2.2GHz frequency plus a core for energy saving. 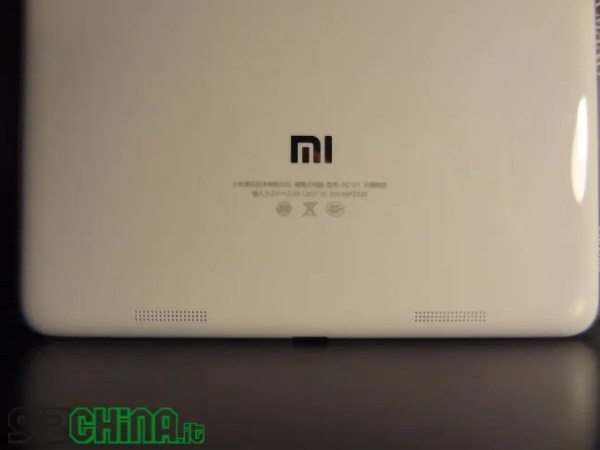 The performance of this processor is really amazing. Using the well-known Antutu benchmarking software, the score in the various tests oscillates between 39.500 and 41.500 points, a truly monstrous outcome. This tablet is technically more powerful than any new generation smartphone with Qualcomm Snapdragon 801, such as HTC One M8, Samsung Galaxy S5, Oppo Find 7, Sony Xperia Z2 or Vivo XShot.

If the computational power offered by the Xiaomi Mi Pad is first in the class, the graphics power is first in the world! The tablet is equipped with 192 core graphics, Direct X12 support, Unreal Engine 4, Open GL 4.4, Open GL ES 3.1 and CUDA technology. In addition, the "K" that we find in the name of this chip, Nvidia Tegra K1, represents the Kepler architecture, used in supercomputer design, which is an absolute novelty for mobile devices. 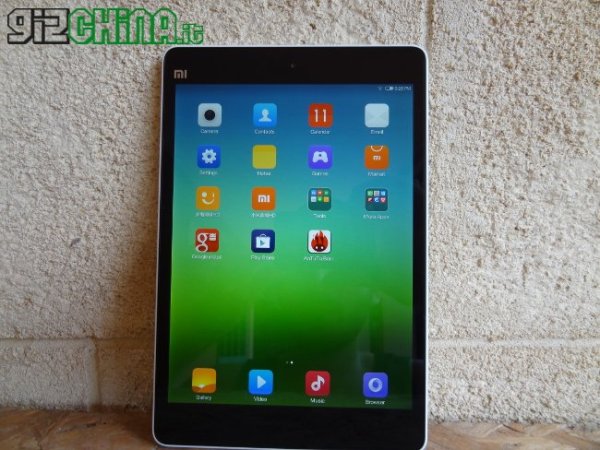 This graphic segment is a real revolution for mobile technology, and is capable of bringing tablets and smartphone video games with console class graphics, comparable to consoles such as Xbox or Playstation of the latest generation. When Nvidia is teaming up with the major software houses to build games dedicated to the Nvidia Tegra K1 chip, the Xiaomi Mi Pad will just leave behind every tablet of the competition, at least as far as the gaming box is concerned.

The tablet also comes with 2GB of RAM, which provides a good experience for multitasking, and 16GB of internal memory. There will also be an 64GB internal memory model, and both models offer expandable memory through Micro SD to further 128GB.

While using video games, the tablet starts to warm up, while maintaining a temperature that does not cause problems while holding the device. With Nvidia's FaceWork demo, which we've shown in gaming, the heat reaches a very high level, probably due to a lack of optimization of the demo.

The design of the Xiaomi Mi Pad is simple and very clean, with a structure made of good quality plastic materials. The corners are rounded, and the separation between the back cover color and the display black is very pleasing.

The details are handled as by the Xiaomi tradition, although there is a small assembly space on the left side of the tabletop. It may be a small defect of the first units produced, but we are not sure.

The design has been thoroughly detailed in a photo comparison, where we placed the Xiaomi Mi Pad near its main source of inspiration, the Apple iPad Mini. Photographic comparison is reachable through this link. 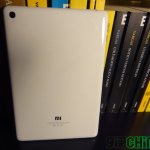 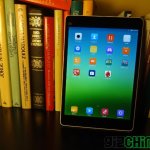 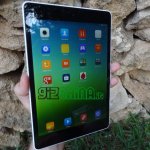 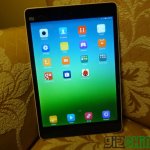 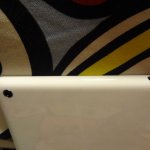 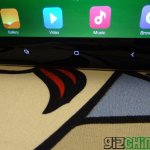 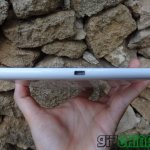 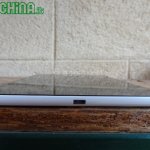 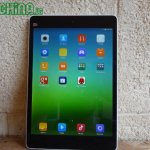 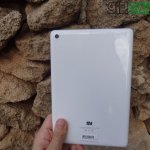 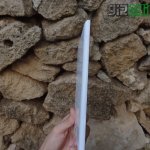 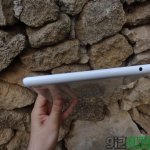 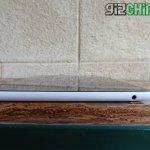 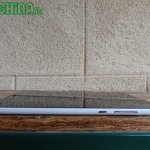 Review of the Xiaomi Mi Pad - Audio, Battery and Connectivity

The Xiaomi Mi Pad audio compartment consists of a dual speaker located on the back of the device. Positioning is not ideal to avoid sound suffocation, but the speakers are placed close to the curvature of the back of the tablet, so the grip positions where you will block the speakers will really be few.

Qualitatively, audio is a pleasant surprise, with a high volume and an acceptable playback quality. Surprisingly, the headphone audio, even at the maximum volume, maintains good sound quality. 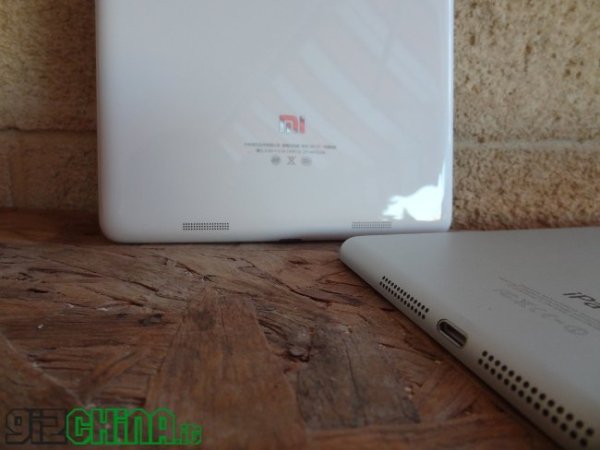 The connectivity of the Xiaomi Mi Pad could represent its main weakness, even if this depends a lot on the use that the user intends to make of his tablet. In fact, we find Wifi and bluetooth, but cellular connectivity and GPS are missing. In particular, the Wifi is particularly powerful, even if the connection to the router is sometimes not instantaneous. The tablet also supports OTG technology.

As for the battery, the Xiaomi Mi Pad comes with a long battery life of 6700mAh. In simplest use of the tablet, with navigation, media playback, or reading, you will not have any problems attaining or exceeding the two days of use.

On a particularly intense day of exercise, in which you can really stress the device, you will still be in trouble at night. As far as gaming is concerned, consumption is obviously higher, but in this case quite good.

Specifically, we evaluated the battery life in a real gaming session. Playing with the tablet for 50 minutes in a row without interruption with brightness set to automatic but at the maximum level with Ripitide GP2 and Modern Combat 4 and maximum graphics settings, we consumed the 19% battery, really bad. The tablet will therefore guarantee you about 4 hours and a half of intense gaming continued, even more with lesser games and reduced brightness.

Xiaomi Mi Pad's software is Android 4.4.2 KitKat, reworked by the Xiaomi MIUI ROM, which first landed on a tablet. 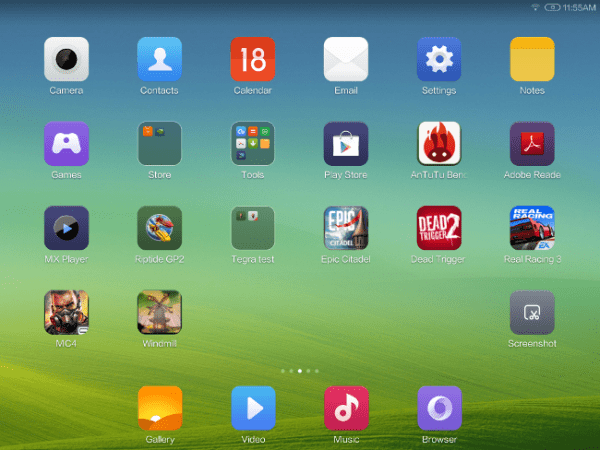 This MIUI version supports double layout, with vertical and horizontal orientation. Applications, as in the smartphone version of this ROM, are arranged on the various home screen pages without an app drawer. With a simple "zoom back" gesture on a home page, you'll have access to a modification mode that lets you add widgets, home pages, change wallpaper, change the scrolling effect of the pages themselves, and more. 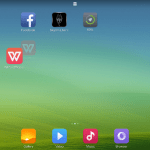 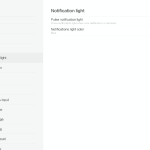 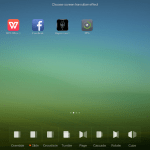 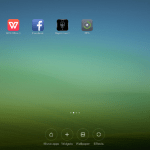 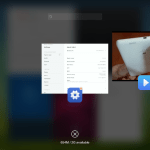 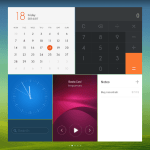 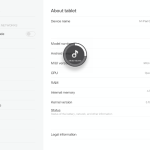 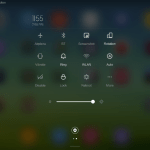 The settings have also been redesigned, and offer better graphics to a tablet. Among the home pages there is a page devoted exclusively to widgets such as calendar, calculator and notes, specially designed to provide quick access to this type of operation.

Various MIUI options, such as the possibility of excluding a single app from multiple closure, or the ability to change the color of the notification LED, have also been included in this tablet version, while others, like different security settings, are not have been implemented yet.

In general, we are talking about a very fluid and pleasing ROM, which has some bugs, as shown in the video review, so the subsequent updates will have to make some fixes and introduce new features.

We have reached the end of this complete review of the Xiaomi Mi Pad. Drawing general conclusions is quite difficult, as it is not a simple tablet, but the first tablet from Xiaomi, as well as the first tablet in the world with the Nvidia Tegra K1 SoC . Furthermore, an aspect not to be overlooked, this is the first appearance of the MIUI ROM on a tablet.

Xiaomi has packed an extremely powerful tablet with a top-level hardware compartment, which also embodies the revolution in mobile technology that Nvidia is trying to accomplish. By purchasing the Xiaomi Mi Pad you will have a powerful device with a beautiful display, excellent battery life, a surprising camera and a pleasant but not quite mature software. The latter aspect, however, does not bother us, especially considering the regularity of Xiaomi in software upgrades, which will surely also be missing for this device.

This product is also one of the few that, rather than being quickly overcome by a later model, will offer great growth margins with improved MIUI ROM optimization, but especially with the arrival of games dedicated to the Tegra K1 chip.

The biggest shortage is definitely the lack of 3G / 4G connectivity, which could target some users to competing devices. It must be considered, however, that everything that the Mi Pad has to offer comes at an appropriate price, 287 euro in Italy on Xiaomishop.it with 24 of Italian warranty (with discount code GIZTOP), 180 euros in China. The Chinese price will obviously never be obtainable by purchasing from our country, as it will be necessary to add shipping, recharging from international retailers and any customs duties.

In conclusion we can say that adding 4G connectivity, Xiaomi would have achieved one of the best devices in the world, but even as it is, the Xiaomi Mi Pad is a great tablet with great growth potential. My subjective judgment is, however, very simple: will be my next tablet.

Co-Founder of Xiaomi confirms: "The Xiaomi Mi4 will not have the steel body"