Country you go, the way you find it. A new image reveals 20 Xiaomi support centers in as many Indian cities, a sign that the company is starting to adapt to the new market.

Indian brand users seem to be worried about post-sales assistance, even more than others. Surely this is an important issue in every state, but for the Indian market it is much more. And here comes a punctual "spy photo" from Fonearena showing a list of well 20 Indian cities hosting Xiaomi support centers. 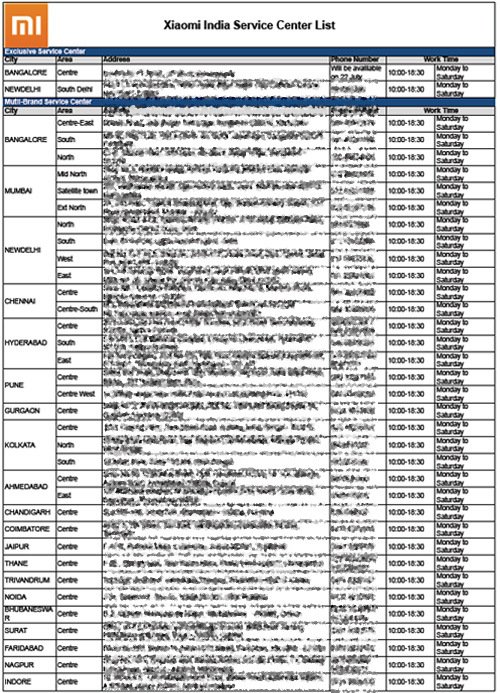 As highlighted in the list, two of the centers will be specific to Xiaomi, while others will be service centers that also serve other companies. The landing on the Indian market is now a reality, but the company does not dare to invade much of Asia by the year.

The events surrounding the Indian market are always very interesting for Xiaomi fans because they show how the company is working on entering this new market, gaining international experience that will be crucial to landing in the West.

Given the skepticism of Indian buyers for the lack of service centers, the arrival of this image does not seem to us a case, but rather a reassuring prospect for potential customers.

Xiaomi Pad 6 series ever closer: will it be launched at MWC 2023?

Xiaomi is returning to Russia - this is how it is possible

Dreame H12 Pro the best scrubber you can buy today!