Home » News » Is this really the Xiaomi Mi4? [Photo]
News

Is this really the Xiaomi Mi4? [Photo]

Good Sunday guys, today we give you an image that will make a lot of talk. Yesterday we informed you about the tweet of the leaker @PunkPanda that the 4 ° Xiaomi-phone would be equipped with metal frame, thin frames, and so on. not even 24 hours later, on the network emerges image which goes in a clear contrast. This is really the Xiaomi Mi4?

The expectations were (and are) good: metal chassis, thin bezels, revised design to increase usability, quad-core super-processor (possibly the Nvidia Tegra K1) and 16 mega-pixel camera. Therefore, today's image does not actually deny any of these indiscretions (except the one that refers to a metal structure), the aspect that leaves us amazed and doubtful is the incredible similarity with the Oppo Find 7 . Judge for yourself! 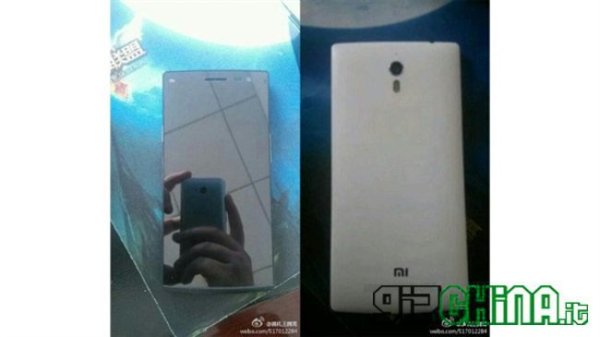 Usual tapered shape, central camera just below the LED flash, probable led notifications below, speaker on the back with over the "Mi" logo in beautiful view. Is this really the Xiaomi Mi4? Mah ...

According to the Chinese website VR-version the following image would leak to a user's Weibo profile to end then canceled a few minutes later.

For our part, we believe it's a fake, what do you think about it?

The post Is this really the Xiaomi Mi4? [Photo] Appeared first on GizChina.it.