After the constant rumors and rumors of the last period about the Xiaomi Mi3S, here are the first probable images of the new top of the Pechino home range.

Le images that you see below seem to fit with speculations as they would show greater use of aluminum. In the past few weeks a spy image emerged that revealed the technical specifications along with a series of other images, that today's if they will be confirmed will give us an idea of ​​how the new flagship Xiaomi will be. It is obvious that in the photos the two devices are not exactly the same (one is white, the other is black) but some similarity is there. However we reserve the official confirmation that this is really the new Xiaomi Mi3S! 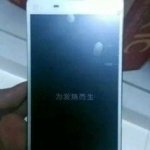 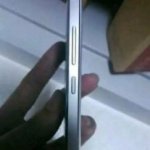 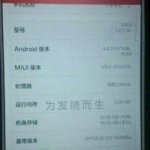 I BORDI are rounded but not like the alleged mock-ups of iPhone 6. The peculiarity, however, lies in the fact that the Weibo account that disseminated the photos was canceled but another with a similar name was rewritten by continuing to post tech photos and images.

The Xiaomi Mi3S, hardware-level, should be characterized by: processor Qualcomm Snapdragon 805 by 2,5 Ghz, 3GB RAM, display by 5 Full-HD Thumbs 1920 × 1080, rear camera from 13 mega-pixels and front by 8 mega-pixels. The operating system should obviously be 4.4 Android Kitkat.

Impressions? You like it? If it were really so you would buy it?

The post [Fotospia] Is this the Xiaomi Mi3S? Appeared first on GizChina.it.

Hugo Barra at the China Forum 2.0 talks about Xiaomi's expansion