Xiaomi does not seem to have taken the launch of the Meizu MX4 very well. The new flagship of the Chinese company in fact seems to have disturbed not poco the status quo of Xiaomi which in response would be presenting itself to market an economic version of the Xiaomi Mi4.

To tell the truth, this is not the first time that a competitor has released an ad hoc device to win over Xiaomi consumers. Huawei, IUNI and even OnePlus have launched their terminals at the price of 1999 yuan, but it was the Meizu MX4 from 1799 yuan that would seem to have forced the company in Beijing to rethink its strategies.

Immediately after the launch of the MX4, the two companies began to sting each other through mocking posts via social media. The rumors that emerged suggest that both Xiaomi and Meizu have surprises in store for their fans soon ...

A situation that could lead Xiaomi to present a low-cost version of his Mi4, which was leaked over the night on some TEENA documentation. A version that would have 2GB of RAM and 16GB of internal memory unlike the 3GB RAM / 32GB classic package, but would keep the rest of the hardware compartment intact: display 5 inches, LTE connectivity and, above all, Qualcomm Snapdragon 801 processor. This mini-reduction should in any case allow the Mi4 low-cost to run smoothly anyway. 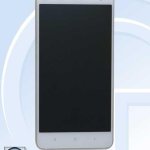 According to other rumors, Xiaomi may soon launch an Ultimate version of its Xiaomi Redmi Note from the display in Full-HD resolution, 2GB of RAM, 16GB of internal memory, front camera from 5 mega-pixels, rear from 13 mega-pixels, operating system Android Kitkat with MIUI V6 user interface and Qualcomm Snapdragon 615 or MediaTek MT6595 8-core LTE processor.

Meizu would not remain with hands in hand anyway. The CEO and founder Jack Wong has confirmed the arrival of other 3 devices, two of which could probably be the MX4 Pro and the MX4 Mini.

Problems with WhatsApp on MIUI ROM? Here's the solution!

Xiaomi Mi Watch Lite at €35 shipped from Europe is a best buy!

XIAOMI Wanbo X1 projector on offer at 95€ shipped from Europe!