Roborock S7 is the definitive sign that the company wants to shake the appellation of "good medium range" by raising the bar and proposing truly innovative solutions.

Il Roborock S7 design it's pretty classic. The "usual" cylinder of 350 × 96,5mm from which the LIDAR turret stands out for laser navigation with the 3 control buttons located in the upper part and which also gives access to the dust tank (470ml) hidden by a door. A touch of color is the led strip with a light that changes color depending on the operation it is carrying out, with a rebound effect that reminded me so much KITT in Supercars.

From the front we find the anti-collision bumper from which we can glimpse the two laser sensors for the recognition of obstacles which, although not as precise as the 3D optical ones, still behave very well avoiding obstacles with agility.

Il 300ml water tank it is separate and can be accessed from the rear without difficulty. In the Roborock S7 the dripping system has been improved, replacing the typical rigid nozzles with a soft tube in which it is easier to remove limescale residues. However, I do not recommend the use of tap water because limescale, in addition to obstructing the channels, can block the solenoid valve.

In the lower part, in addition to the fall arrest sensors and for the recognition of carpets, we find the first novelty: the newly developed roller. 16 cm long, it is made entirely of soft rubber and has no bristles to ensure better effectiveness. Furthermore, its recessed positioning proved useful to avoid tangling with hair and fluff the sides of the roller.

Il Roborock S7 has an engine that develops 2.500 Pa pressure that a little disfigure when compared to the 3000/4000 of other products such as the Dream L10 Pro which we reviewed recently.

But in practice the robot behaves instead very well and it is the umpteenth confirmation that the quality of cleaning is given by a set of factors. Certainly part of the performance gap is offset by the new roller that is very effective in lifting dirt.

Despite the robot automatically recognizes carpets increasing the power accordingly, only in this context has it shown limits in lifting hair and hair. Certainly my house is an "extreme" condition with two dogs and three cats, in which only a strong suction is able to remove the dirt that is placed between the bristles.

And instead flawless browsing algorithm, supported by the Laser sensor, allow the Roborock S7 to extricate themselves in any situation regardless of obstacles, guaranteeing surface coverage close to 100%.

The strong point of this product is undeniably the washing of floors for which we finally find an innovative and more effective solution than the usual "dragged cloth" to which Roborock gave the name of "VibraRise".

The large 30 × 10,5cm cloth is placed on top of a surface that vibrates up to 3000 times per minute providing physical friction on the floor able to really remove dirt, at least the less stubborn one. The excellent results also come from the large pressure of 600g (about double the Roborock S6 Max V) exerted by the cloth that guarantees the effectiveness of the clutch.

Il Roborock S7 also capable of lifting the cloth by 5mm when it recognizes a carpet. This allows the robot to move without being hindered and to safeguard the furnishings that will only be slightly dampened in the case of very thick carpets.

Usually I do not dedicate a chapter to autonomy, especially since the "good" products have adopted batteries above 5000mAh, but with the advent of "active" washing functions as in the Roborock S7, this aspect becomes crucial.

Il Roborock has a large 5.200mAh battery which was enough to clean (balanced mode) my 120sqm house (only 80 those free from furniture) with a surplus of 48% despite the 3 large carpets that are automatically recognized and activate the maximum power mode. In the next test, also activating the washing (moderate mode), the robot returned to base with 32% remaining battery.

It is obvious how obvious that “active” washing involves greater consumption, but still manageable thanks to the 4 power levels available. In addition, the robot, having reached the threshold of 20% residual, will return to the base to recharge up to 80% and continue from where it left off.

For very large rooms, the "intense" washing mode is also available in which suction is disabled, greatly increasing the autonomy.

The Roborock S7 can be operated from either its own proprietary app, both from the app Xiaomi Home, but in essence they are the same. After years of development, the application borders on perfection, both in terms of functions and usability and it is the added value of all the company's products.

The pairing is always easy, never problematic and with indications in Italian. The application allows every possible customization and many functions available

The robot is also compatible with Google which allows us to give it voice commands to start and stop cleaning and indicate the room to be cleaned.

Il Roborock S7 is a fantastic product which, although it does not stand out in terms of suction power, provides performance as a "scrubber" finally worthy of the name. It is therefore a balanced robot without any particular critical issues which, thanks to the excellent companion app, makes cleaning operations easy and pleasant.

Il price it is certainly not cheap because innovation costs money, but it is still affordable compared to other more famous brands that often offer less. At the moment it is possible to buy the Roborock on eBay at this page at the price of 519 € (instead of 599 €) and you will receive a Xiaomi Mi Watch Lite as a gift

And also a base is available which adds the self-emptying functions, available in two colors and fully compatible with the robot. 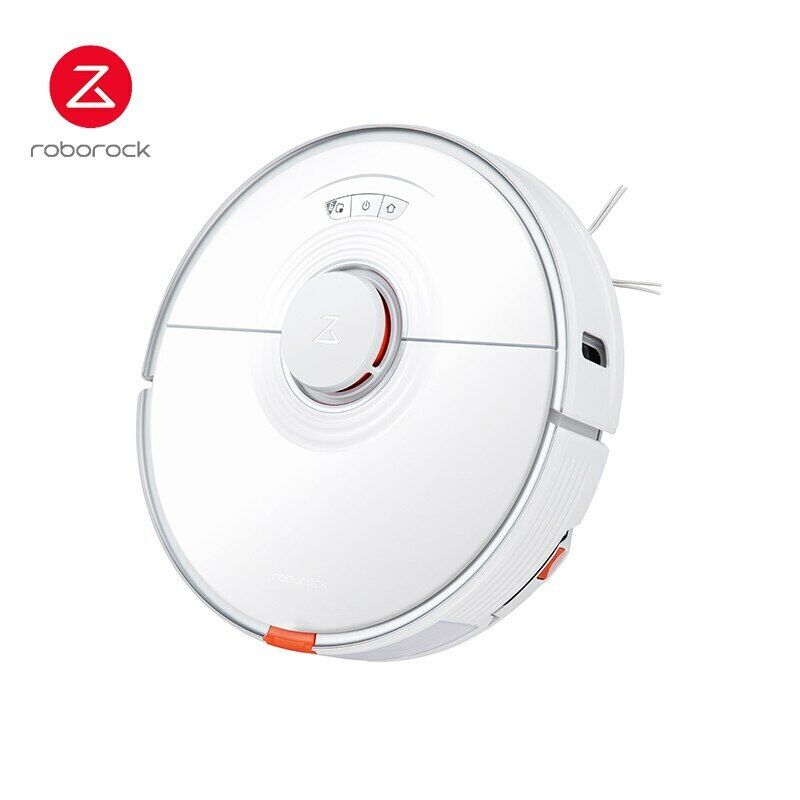 The Roborock S7 is a fantastic product which, although it does not stand out in terms of suction power, provides "floor cleaning" performance finally worthy of the name. It is therefore a balanced robot with no particular criticalities which, thanks to the excellent companion app, makes cleaning operations easy and pleasant.

MIUI 14, there is no shortage of news. Xiaomi officially announces them

Hi, compared to the s5max is it a good leap? I'm still undecided on which robot to buy

Was it really clean… with soap or just water, like the S5 I have?

A little non-rinsable detergent is always preferable. There are those who also use a drop of diluted ammonia.
The result is obviously better than in the S5