Home » News » Redmi Note 9 review - I thought it was love, instead ...
NewsReviewsSmartphone Reviews

With the Note 9 series the Xiaomi spin off company has really given us below, churning out many models, more or less similar in aesthetics and design. The entry level that gives its name to the whole lineup has happened between our hands, namely the Redmi Note 9, a basic device that costs under 200 euros and which, according to tradition, should honor the philosophy for which the Chinese company has become famous, that is the excellent quality / price ratio. Did he live up to the previous generation that left an excellent reputation as a legacy? Let's find out together through our full review.

Let's start immediately from the performances of this Redmi Note 9, which really disappointed me. For the first time I have handled a smartphone of the brand that has really struggled in daily operations. Mind you, the smartphone is not to be thrown away, but the user experience is scarce enough due to sudden crashes of the applications, as well as the wait that occurs in opening them. Do you think that often you will have to wait even about ten seconds before taking a new shot because the software in some moments seems to go into confusion in the image processing.

This means that even in the gaming field we have to complain, at least with more expensive titles such as COD Mobile and Asphalt 9, which return in some scenarios, setbacks and lag. The performance is based on the use of a MediaTek Helio G85 CPU, an octacore solution with a maximum clock at 2.0 GHz supported by an ARM G52 MC2 @ 1000 MHz GPU. The 3 GB of LPDDR4X RAM and the 64 GB of internal storage certainly do not help eMMC 5.1 type, although there is a 4 GB of RAM and 128 GB of mass memory on the market, but probably the performance on this latter version is not much higher than that obtained by the version we are testing.

Before trying our hand at Redmi Note 9 from an aesthetic point of view, I end up telling you about the hardware used which also includes the presence of a dual band WiFi module, Bluetooth 5.0, FM Radio, GPS with support for Galileo satellites and above all the NFC sensor for mobile payments. A welcome presence in consideration of the price range to which the device is placed.

Redmi Note 9 runs on the Android 10 operating system with security patches updated in May 2020 and MIUI 11 proprietary interface. I do not go too far in this area as we now know all the MIUI features by heart, which should also be updated to the version shortly 12.

While on the one hand we can witness a series of improvements compared to the previous generation, such as the better optimized display frames so as to make the Redmi writing disappear from the chin, or the arrangement of the rear camera module that abandons the traffic light style in favor of a square block positioned centrally to the body, which avoids the annoying dancing movements when the smartphone is placed on a flat surface and finally the abandonment of the drop notch in favor of the punch hole, decidedly more modern and less invasive. On the other hand, however, we see for Redmi Note 9 the use of less "refined" materials: in fact the back cover is completely made of plastic with total absence of oleophobic treatment, retaining fingerprints and dirt in general in a truly impressive way.

Even the frame of the smartphone is completely made of plastic but this time with pastel polishing that goes in contrast with the glossy and matte paint of the body, a contrast that is absolutely not pleasing to the eye, giving the feeling of having to deal with a really "cheap" device. To be honest, it almost seems that Redmi has used two distinct parts of two different smartphones to assemble this Redmi Note 9, if we also add the black plastic step that is created between the display and the body, we can define the general look of this smartphone really ugly.

Classic is the composition of the keys and inputs on the frame, which houses the power button and volume rocker on the right, while specularly we find the SIM tray able to accommodate two SIMs in nano format with the possibility of 4G navigation, as well as offering the possibility of expand the memory via micro SD without giving up the functionality of Dual SIM Dual Standby. In the upper part we have the second microphone and IR transmitter available while below we find the 3,5 mm jack, main microphone, USB Type-C input with OTG support and mono type system speaker.

It should be specified that Redmi Note 9, although it enjoys good connectivity, does not allow you to take advantage of the 4G + signal, therefore limiting itself to the classic LTE. Despite the use of simple materials, Redmi's entry level is not exactly small in size and weight, offering measures equal to 162,3 x 77,2 x 8,9 mm and a weight of 199 grams, but net of this the usability with one hand is not so difficult, as the various camber of the profiles allow excellent ergonomics.

As mentioned, unfortunately, there is no stereo sound, but in any case the volume offered by the single speaker is decidedly generous and above all it does not distort at the highest levels, offering a good equalization for the entire sound spectrum. We didn't mention it before, but Redmi Note 9 also offers the fingerprint sensor, which is positioned below the rear photo module. Despite this being flush with the body, the position is really spot on, allowing you to find it on the first try and above all offering truly excellent reliability in unlocking. In addition, you can also unlock your device by means of Unlock Face, available thanks to the selfie camera: in this case too, reliability is decidedly excellent, recognizing our face even in really precarious lighting conditions.

So we came to talk about the display, which in the case of Redmi Note 9 qualifies as a 6,53-inch diagonal IPS LCD panel in Full HD + resolution and format in 19,5: 9. Excellent brightness that goes up to 450 nits, allowing excellent vision even in direct sunlight, as well as being protected by a Corning Gorilla Glass 5 glass and additional protection provided by a plastic film pre-applied by the company.

Unfortunately, the display rendering did not convince me completely because of a slightly "washed out" color rendering, restoring subdued colors even at maximum brightness. In any case, we have Level 1 DRM Widevine allowing the viewing of streaming content in HD on platforms such as Netflix, while the lack of certification for Amazon Prime Video remains. The distinctive element of the display is the punch hole located in the upper left part of the panel, which houses the selfie camera, while in the upper frame there is the ear capsule and the proximity and brightness sensors, which fully perform their functions, but must be done note the absence of a notification LED, considering that we cannot take advantage of Always On Display, given the size of the screen.

Instead, what amazed me is the autonomy of this Redmi Note 9, being able to define it without delay the best smartphone in this area. In fact, we speak with a stressful use of over 10 hours of active screen, thanks to a 5020 mAh battery, which supports fast charging at 18 W.

There is no wireless charging but through the charger in a 22,5 W pack, we could fill up on energy in a maximum of 65 minutes. In addition to this we have the reverse charging function wired to 9W, thus allowing you to take advantage of our Redmi Note 9 as a powerbank and then recharge another device.

On a photographic level Redmi Note 9 offers 4 optics inserted in a square-shaped module which is accompanied, moved to the right, by a LED flash of dubious functionality. The primary sensor is a 48 MP f / 1,79 which enjoys the company of an additional 8 MP Ultra Wide sensor, FOV 118 ° f / 2,2 as well as a 2 MP macro lens with 2 cm f focus / 2,4 and finally 2 MP depth sensor. A configuration that shows a good versatility in daily use, allowing you to get shots that go beyond the sufficiency even if inevitably the digital noise in the photos is quite evident even using the night mode offered by the software, better opt for manual shooting. Overall, the photos convince, considering the price range, while they disappoint the videos, which can be shot at a maximum resolution of 1080p at 30fps, also taking advantage of the digital stabilization EIS, which does not seem to fully perform its functions.

What I did not appreciate in the videos, besides a bad management of the EIS, is the focus that in certain areas seems to lose sight of the framed scene. On the front we can instead count on a 13 MP selfie camera, OmniVision OV13B10 f / 2,25 sensor which also allows the capture of video at 1080p 30fps but without EIS stabilization. The photos obtained in portrait mode are also convincing, while nighttime selfies are disappointing.

Officially for this Redmi Note 9, in the 3/64 GB version 199,90 euros are required, an attractive price if we were dealing with a performing device, but net of what we have told each other, buying this terminal is a test of trust towards the brand, which through firmware update could solve significant problems that we have told you about. It probably would have made sense to equip Redmi Note 9S with an NFC sensor and make this the reference point in terms of quality / price ratio. 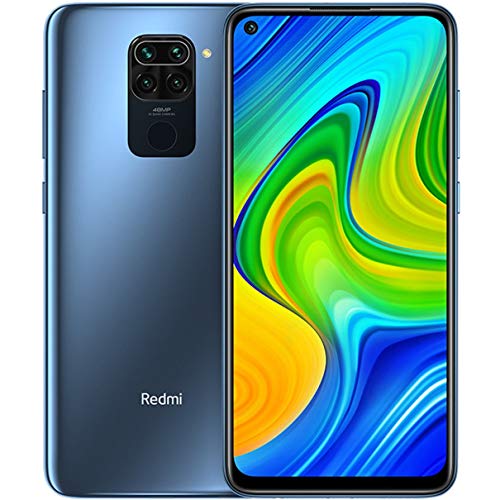 Redmi Note 9 is the ideal device for those looking for a lot, or rather a lot of autonomy. But today there are many compromises to be accepted and considering the vastness of alternative offers, offered at the same price, it is difficult to recommend it. Only a full-bodied update could change the verdict.

Record-breaking Xiaomi at festival 618, over ¥ 10 billion in takings

Xiaomi "Super Large Cup" arriving in the coming months, what is it?

The Redmi Note 8 Pro 128Gb drops to an all-time low and is to be taken immediately!

The incredible "mobile" dishwasher by Xiaomi Mijia is finally available from the European warehouse at a CLAMOROUS price!