[Rumors] New details on the MIUI 6

MIUI 6, a new version of Xiaomi's MIUI ROM, was the big absentee of the Xiaomi Mi4 launch event. The presentation of this new version of the ROM should take place in mid-August during a dedicated event, but some rumors already give us some information. 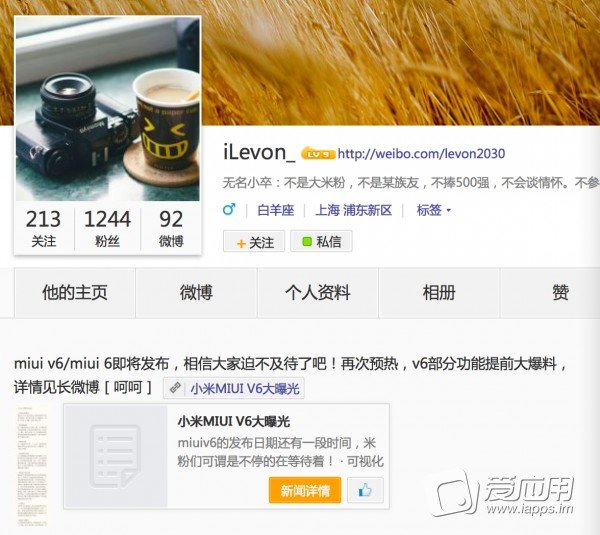 Rumors come from iLevon leaker's microblogging. As a result, the MIUI V6 will offer a new set of features, with a new phone feature, reminder and smart notifications, and an "immersive" notification bar.

It also expects the ROM to adapt to large screens, a feature to divide screens displayed through a gesture and a highly revised multitasking. The MIUI 6 could also bring new integrated applications to expand the Xiaomi branded software portfolio.

The post [Rumors] New details on the MIUI 6 Appeared first on GizChina.it.

Some interesting features of the new Xiaomi MI4