The impact of mobile devices has dropped dramatically with the advent of smartphones. In the past, several mobile phones, the Nokia in the first place, were known for their impact on shocks and falls, but with the advent of modern phones and their large screens can be a small fall to destroy glass and other components.

Xiaomi Mi4, the new top Xiaomi range, tested its resistance with a 13th fall, reported on the Weibo social network by the owner of the phone. 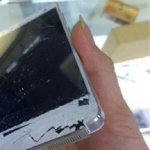 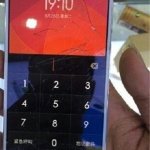 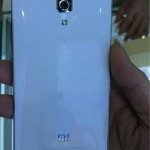 The resistance of the smartphone, whose damage is visible in the photos above, is remarkable if we consider the shock described by the user, which occurred after 13 floors of free fall. The top of the Xiaomi range shows extensive damage to the glass and to the body, but still retains part of its functionality and allows you to make phone calls!

Are there any similar experiences with Xiaomi products? Let us know in the comments!

The post The Xiaomi Mi4 falls from the thirteenth floor but phone again! Appeared first on GizChina.it.

Xiaomi Mi4 with MIUI 6, the complete review of GizChina.it

Xiaomi obtains a new patent for its humanoid robot