New rumors about Xiaomi Redmi phablet Notes from 5,5 inches that made its appearance only 2 days ago! Today we have confirmation that the phablet will be made in two different versions.

Initially we had written that the Redmi Note would have been equipped with an octa-core processor under its large 5,5 inch screen. This is partially confirmed today because the chipset used will not be the one from 1.7Ghz but the cheaper version of MediaTek, that is MT6592M (just like the Lenovo A850 +). The MediaTek MT6592M is, in fact, equipped with 8-core but with clock frequency at 1.4GHz. 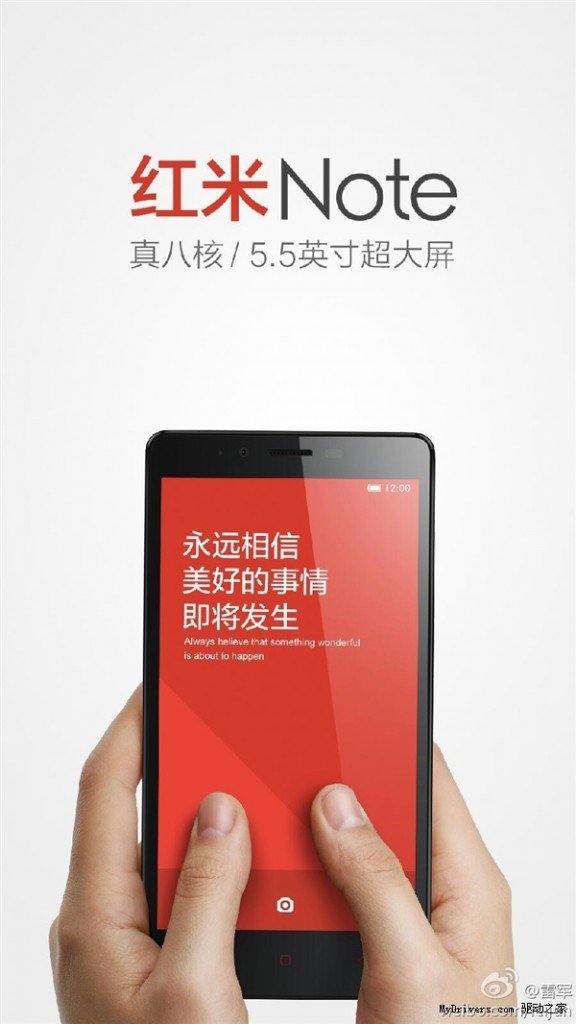 In addition, the cheaper version of Redmi Note will have only one GB of RAM (and the MT6592 chipset version will have 2GB) as well as the slower processor. As with the first Hongmi series, even for this low-cost version, the internal memory will be only 4 GB, while the 2GB RAM / 1.7GHz version will have 16GB storage space available.

Although there is no confirmation about the prices of these models, most likely the low-cost version will cost in China 999 yuan (160 dollars - about 115 euro) and the "high" 1.199 yuan (195 dollars - about 140 euro) . The next 19 March, or the day when pre-orders will start in China, will be able to give you official figures.
Do you like our posts? Follow us on Facebook, Twitter, YouTube and G + not to lose all our updates!

The post The Xiaomi Redmi Notes will be available in two levels of specifications Appeared first on GizChina.it.

MIUI V5: A nice video of our beloved ROM

Xiaomi is working on a new entry level RedMi family