Xiaomi Mi4, is this the real flagship Xiaomi?

Weibo's profile of a Chinese insider leaked images of the next generation Xiaomi Mi-phone. Judging from the back, the new top range will really have Apple's touch-feel!

Although we also of GizChina.it the quote "the touch-feel Apple" is not really liked, it seems a bow not so much veiled to the iPhone, the photo published by the user Weibo iLevon would demonstrate that particular sophistication typical of Cupertino devices. As we unfortunately learned, however, the Xiaomi Mi4 / 3S (we are not so sure it will really be Mi4!) Will not have the metal in its entirety, probably with this material will be made exclusively the frame, but all in all we would not be too disappointed; 5 inch Full-HD 1920 x 1080 pixel display, Qualcomm Snapdragon 801 quad-core processor from 2.5 Ghz, 3GB of RAM, MIUI V6 will be the highlights! 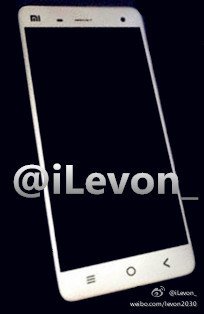 What we did not expect and which seems to be confirmed is the Xiaomi MiBand gift in combination with the new terminal. In fact, by purchasing only the activity tracker, the price would not be as competitive as it was thought!

The post Xiaomi Mi4, is this the real flagship Xiaomi? Appeared first on GizChina.it.

How to install the Google Play Store on Xiaomi MiPad