Home » News » Xiaomi MiPad, on the market since 1 ° July
News

Xiaomi MiPad, on the market since 1 ° July

With the first beta test now completed, we can finally wait for the official release of the MiPad, set for the 1 ° July!

The Xiaomi MiPad has been, for months and months, a sort of illusion, so to start to be seen as a legend and nothing more, until Xiaomi obviously has unveiled it to the world.

Like all Xiaomi products of recent years, the MiPad has literally left us speechless: display from 7.9 Inch Retina, processor Nvidia Tegra K1, 2GB RAM, slot for SDcard up to 128GB, battery by 6700 mAh and also dual - camera Sony by 8 mega-pixels. 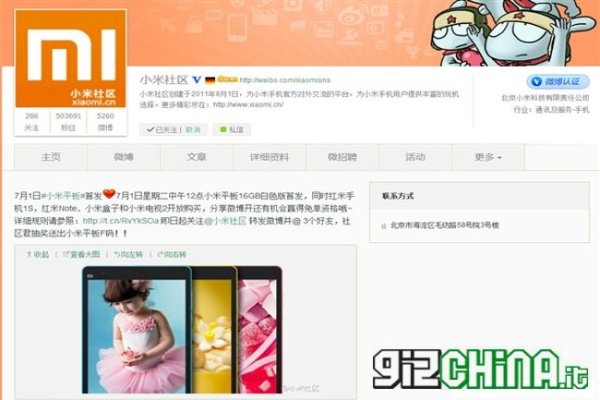 The lucky fans chosen to become testers have had the opportunity to buy it for only 1 Yuan (only 12 cents), for the official launch of course the price has risen, but 1499 Yuan is still a good deal (approximately EUR 177).

According to Weibo, MiPad will arrive on the Chinese market from the next 1 July. Take a look around some days on some online resellers, so just for curiosity!

The post Xiaomi MiPad, on the market since 1 ° July Appeared first on GizChina.it.

Xiaomi MiPad for sale, officially in China, from the 1 July!