Good day boys, today are coming back to reveal the rumors about the launch of a presumed wearable device di Xiaomi!

Xiaomi CEO Lei Jun recently published on his Weibo profile photos of his daily mountain excursion with time, distance traveled and personal performance feelings. "Yesterday's trekking day, in 8 hours and a half, I was able to travel more than 20 kilometers, according to my 28 km watch. It was really tough". Now that it is true that Xiaomi founder has accomplished this expedition, what is the wearable device worn by Jun who has returned the data of twenty-eight kilometers? 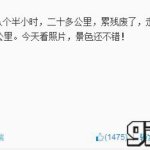 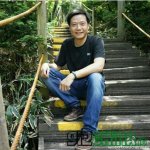 We do not know how close is the launch of a wearable device by Xiaomi, but at least personally I would give it for sure. If Jun was actually an unofficial publicity to his new device, as we believe it was, the Xiaomi Smartwatch will definitely be a bracelet that has its focus in fitness; we imagine it with the classic counting features, burning calories, average speed, heart rate monitoring, sleep evaluation etc. and with sleek design but not too much. At the bottom is a watch / bracelet designed for physical activity!