Home » News » Xiaomi, the clue that would reveal the next market
News

Yesterday Xiaomi published a post on its Facebook profile accompanied by an image with the intention of communicating to its fans which will be the next market to be crossed by new-entry Chinese.

No later than 2-3 days ago we had already informed you of the decision of the company to leave its fans the opportunity to guess what would have been the reference market for the expansion process (obviously India apart where the official entry it's done). Three days later, unexpectedly, on the bulletin board of Lei Jun's company appeared an image that should help us and all the other Mi-fans to identify "who's next".

"How do you think in which part of the world will we arrive soon?”Is the question posed to fans by Xiaomi who then spreads a clue not to poco account "Clue no. 1, the country is famous for its coffee beans ”. So, going to find the data on the best coffee plantations in the world, in terms of quality and quantity, we discover that in the first 5 positions there are, in order:  Brazil, Vietnam, , Colombia, Indonesia and Mexico. 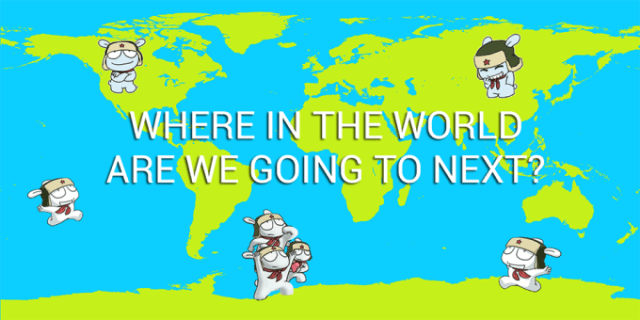 Now, all 5 countries are markets that will sooner or later reach states of maturity but at the state of the art they are still in a phase of full growth. Among the 5 we would immediately exclude Colombia, Mexico and Vietnam which are certainly markets that will be beaten by Xiaomi in the future but not now. Between Brazil and Indonesia the bet is tough: Indonesia is a country that is running, Brazil is a giant that belongs to the BRICs, which has already welcomed the World Cup, which will host the Olympic Games in 2 years and is, sorry if it's poco, the hometown of Xiaomi Global vice-president Hugo Barra. Having 1 euro available, we would focus on the latter option.

The post Xiaomi, the clue that would reveal the next market Appeared first on GizChina.it.