Lo Xiaomi Redmi 1S in vers. WCDMA, upgraded with Qualcomm Snapdragon 400 processor of the hugely popular Xiaomi Redmi, has made its appearance on the web page of the government agency Teena. Launch shortly?

Users with carrier China Telecom have been fortunate enough to benefit from this little big smartphone since last February 20, China Unicom and Intenational ones apparently will not be able to make it big. 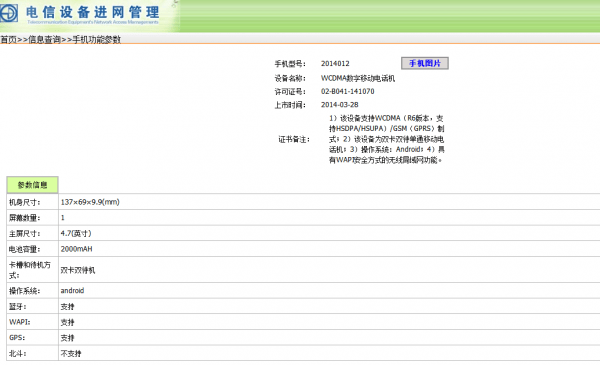 The WCDMA version of Xiaomi Redmi 1S did, in the early afternoon of yesterday, its visit to the Teena webpage and that means that Xiaomi would be ready to launch The Redmi 1S already at its festival set for the 9 April. This version will be the one that the Beijing-based company will sell in the coming months in Taiwan, Singapore, Hong Kong and that international retailers like the Italian XiaomiShop.it will lead to Western countries.

Xiaomi makes a system for installing MIUIs on other devices