New surprise move by Xiaomi in his entry into India. I'm not just talking about the official announcement of Redmi and Redmi Note's arrival, but also with an unexpected price reduction compared to what was announced earlier: no more 14.999 rupees (about 184 euros) but 13.999 rupees (approximately EUR 172).

We had reported this indiscretion a few days ago, Xiaomi had prepared a surprise, indeed "lots of surprises". At 13.999 rupees (about 172 euro), any Qualcomm Snapdragon 800 processor phone would be a bargain, not to mention the Xiaomi Mi3. OnePlus in India has a serious and toughest competitor from now on!

The new devices to arrive on the market will be (as estimated) the Redmi 1S and the Redmi Note. With selling prices below 10.000 rupees (about 123 euros), Xiaomi is aiming for price competitiveness also in India. The Motorola Moto G which, presented only a few months ago in the country, is currently sold for 12.500 rupees (about 153 euros), now seems overpriced; the Redmi 1S for about half (6.500 rupees, approximately EUR 80) boasts the best features almost under every profile! 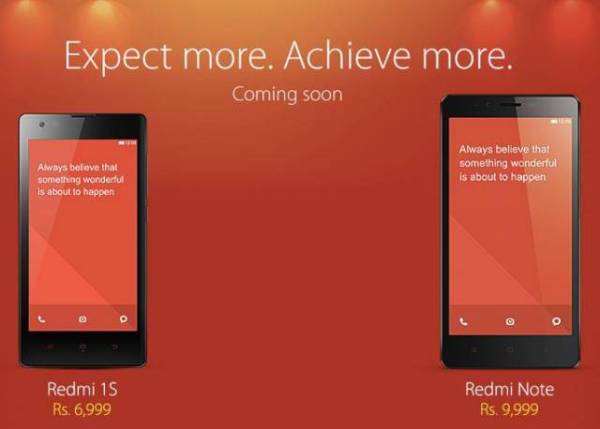 The Redmi Note is the first phablet realized by Xiaomi, as well as the first device of the Chinese home with a Mediatek MT6592 8-core processor, and is sold at a very interesting price, only 9999 rupees (approximately EUR 122).

As expected, the entire Xiaomi range will be available for purchase in India via Flipkart, with pre-sale from next 22 July.

Xiaomi MiPad: Here's one of the first reviews